Royal Caribbean’s newest ship, Quantum of the Seas, is getting ready for her debut this fall. In preparation for the Emms River transit from the Meyer Weft shipyard in Germany to the final fitting out berth in Bremerhaven, both the Quantum of the Seas and her sister, Anthem of the Seas, met water for the first time.

The reason why was because the Anthem was actually being assembled in front of Quantum in the drydock. So, in order to get the Quantum out, they had to move the Anthem out first. That means sealing up both ends of the partially completed mid-section and towing her out into the harbor.

Quantum of the Seas is scheduled for her river transit at the end of summer. Right now I’m hearing rumors that it will be at the end of July or the first week of August – on August 3 2014. 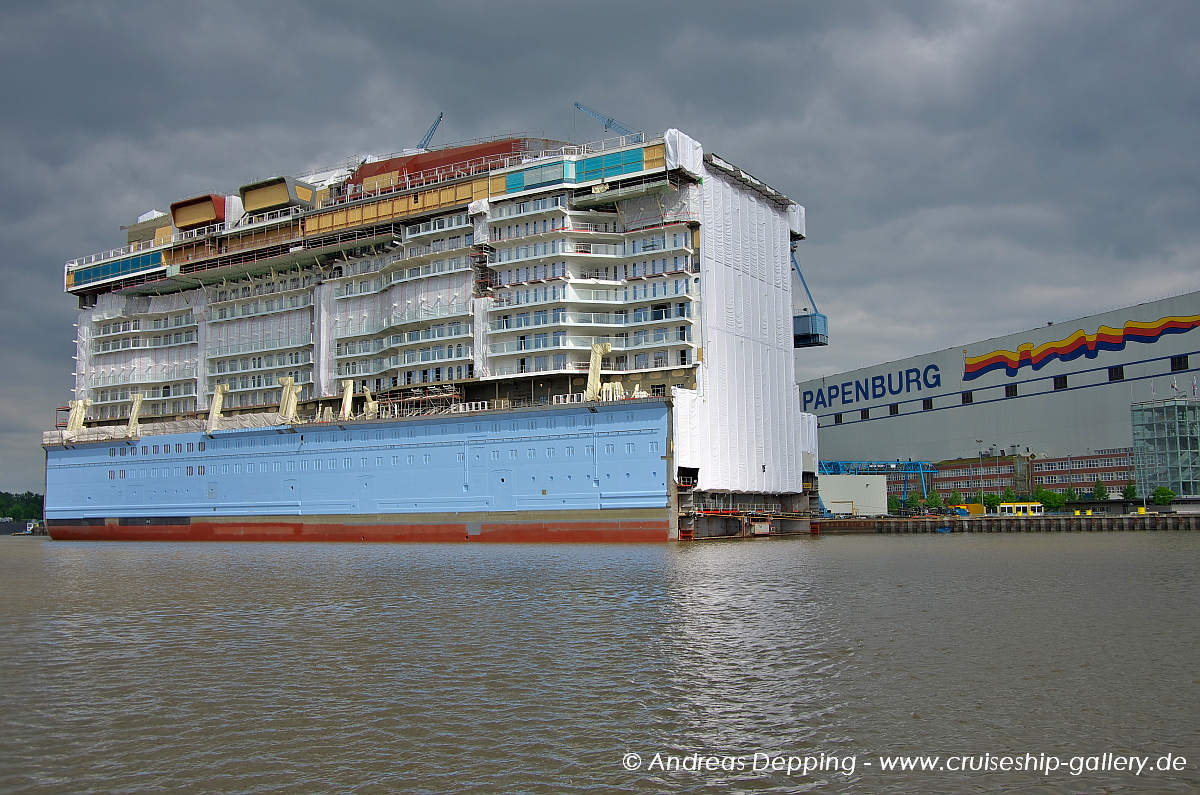 Andreas Depping has the photos.