A recent maritime certification compliance with SOLAS is an increase in stability requirements. As vessels superstructures get taller they need a stable base (hull). A

vessel. These mostly are reserved for Ro/Ro vessels as they contain a large, unrestricted vehicle deck.  An example can be seen in the Ro/Ro ferry Princess of Scandinavia right. The addition of Sponsons can be unappealing to a vessel. This is another reason that cruise ships resort to a duck tail.

This month saw the drydocking of 3 ships and the addition of ducktails to two of the ships. P&O’s Arcadia at the Blohm & Voss shipyard in Hamburg, Germany received hers below.

At the same time in the same shipyard, Cunard’s Queen Mary2 was going through her routine Drydock. 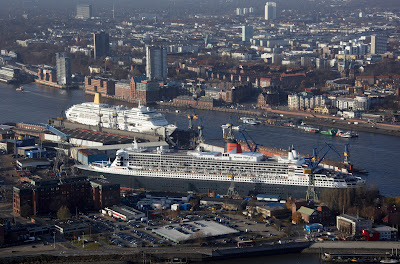 On the other side of Europe, in Cadiz, Royal Caribbean’s Splendour of the Seas is going through a rather massive drydock. A lot of interior changes are being made as well as the addition of an entire row of balconies to the ships superstructure. Her duck tail is rather more pronounced. Here it is all painted. 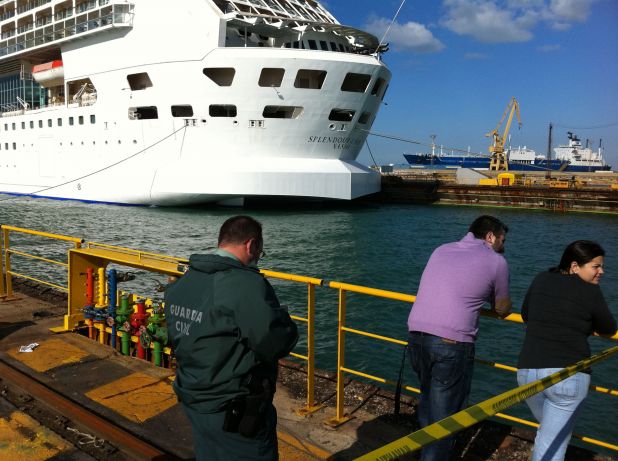