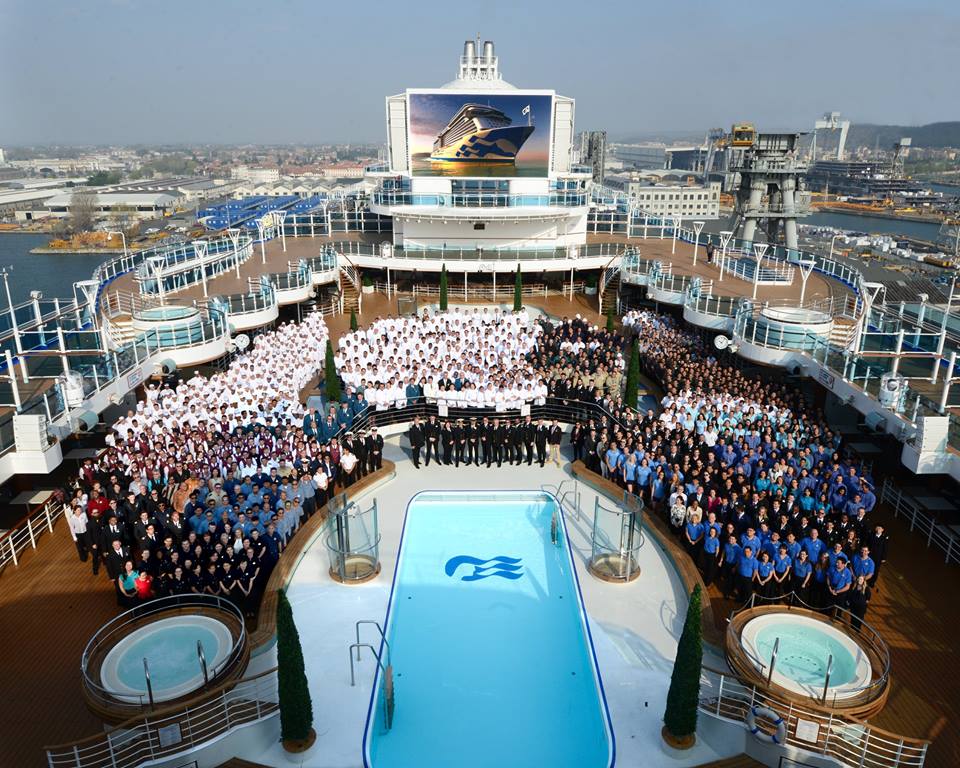 The crew onboard Majestic Princess assemble for an inaugural photo

Princess Cruises have officially taken possession of their newest vessel Majestic Princess. She is Princesses first ship designed exclusively for the Chinese market. In fact, she’ll head straight to Asia after a few Mediterranean shakedown cruises.

The handover ceremony was attend by executives from Carnival Corp, such as Micky Arison, Arnold Donald, Stein Kruse, and Jan Swartz. Giampiero Massolo and Giuseppe Bono of Fincantieri were there to represent the shipbuilder.

Majestic Princess is the third Royal Class ship for princess and the fourth in the Carnival Corp family (P&O’s Britannia is also of a Royal class as well).