UPDATE: I noticed the stern windows around Eden, the aft facing lounge, are asymetrical.

This must drive anyone with OCD nuts. What do you think?

Compared to what something similar looks like on Anthem.

Celebrity held a press event last night in New York City covering the culinary experiences onboard the Edge. During the event what appears to be a video was played. Eagle-eyed attenders snapped these photos and they’ve been making their way around the web this morning. If you look closely, you can see some subtle differences in the exterior of the vessel from the earlier renders. The blue looks different but that may be from the camera. The biggest difference is the white part mid-hull. Really makes the ‘Magic Carpet’ stand out. That’s the platform that slides up and down the side of the ship depending on time of day. 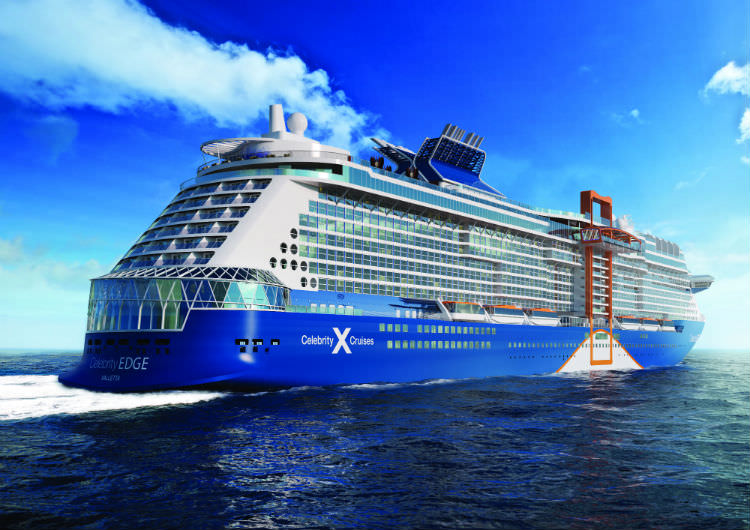