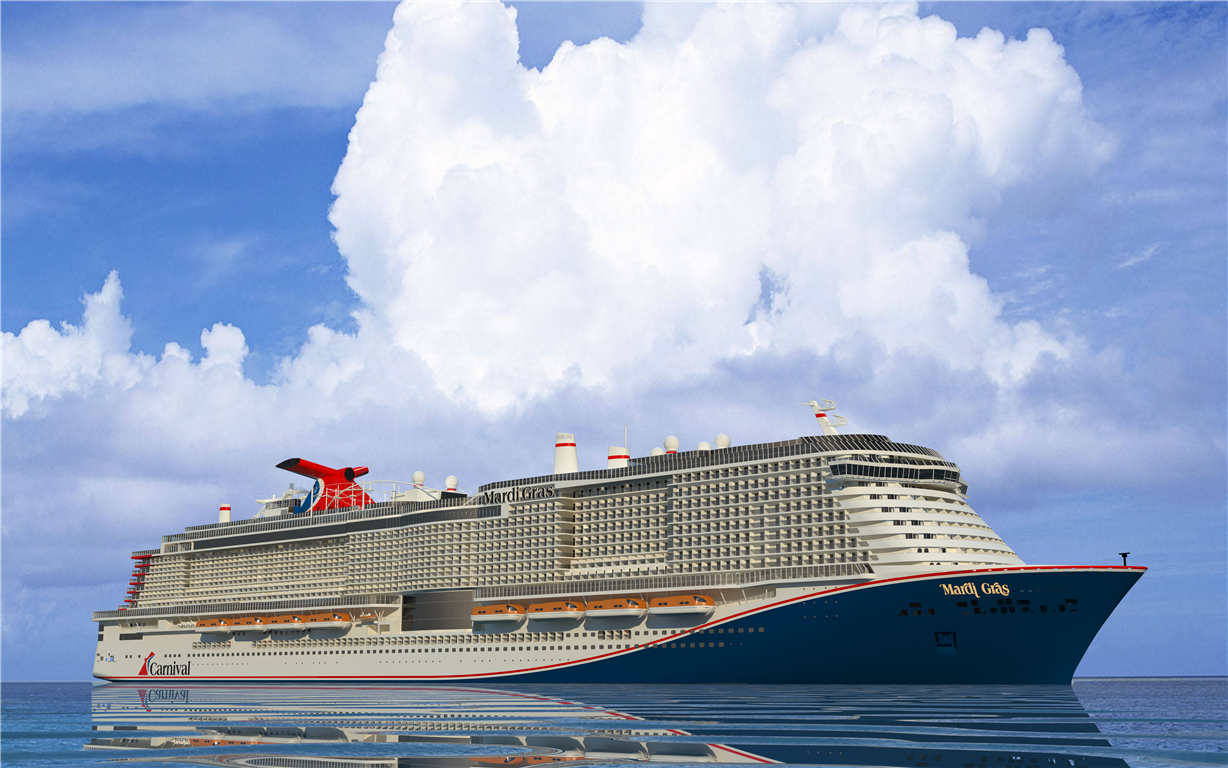 Carnival Cruise Lines announced that their first Excellence-class ship will be named Mardi Gras. That was the name of Carnival’s very first ship when she set sail in 1972. That Mardi Gras (ex-Empress of Canada) sailed until 1993 and was only 18,261gt carrying around 950 passengers.

Internally the ship was originally known as Reflection, but Carnival Cruise Lines decided to change the ship to Mardi Gras. Around a decade ago, Carnival decided to put ‘Carnival’ in front of all their ships names as when they were originally launched, the Carnival Sensation, for example, was just Sensation. Now obviously Carnival Mardi Gras doesn’t really roll off the tongue, so perhaps along with the partially blue hulls, Carnival will be rebranding.

We know she will be homeported in Port Canaveral and bunkered by this vessel.

When she’s launched in 2020, the new Mardi Gras will be 180,000gt and carry 5,286pax at double occupancy. She’s currently being built at Meyer Turku in Finland.